Up And Coven Happenings: August 2018 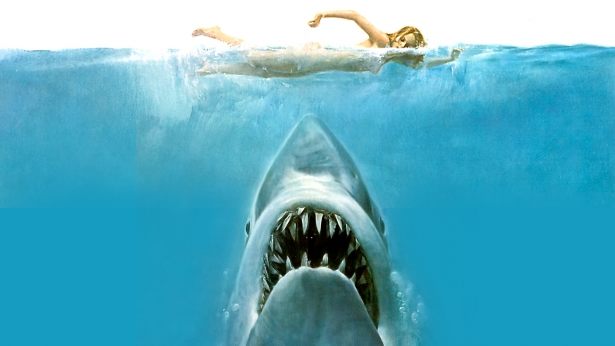 Jeremy: With our Friday the 13th month wrapped up, we're moving along into August with a theme inspired by the release of The Meg in theaters this weekend: Not just a shark week, but a shark MONTH. Considering i've had next to no experience with shark films (or really, anything shark related), i'm excited to explore the many offerings this fishy genre has to offer with you creeps. We are currently in the process of finding out whether we will be able to see The Meg in drive-in format this weekend. But whether or not we are lucky enough to see a film that practically begs to be viewed in such a way, the trailers have been promising for months a truly fucking awesome, heart-stopping experience.

I've been back on Scream Factory's shit over the past couple weeks, and will continue to be all the way up to and through October for their amazing track record lately. I've been going back and discovering (and re-discovering) the works of John Carpenter, including seeing Prince of Darkness and In The Mouth Of Madness for the first time, while finally picking up a copy of the classic Rowdy Roddy Piper film, They Live on Blu-Ray. But perhaps most importantly, among other exciting upcoming releases like Texas Chainsaw Massacre: The Next Generation, the remake of House on Haunted Hill, Urban Legend, and Candyman getting the Scream Factory treatment, one of the greatest halloween classic's, Trick R Treat, is finally getting a Blu-Ray/DVD combo release, and it looks better than I could have hoped for. I'm not one to pre-order things based off of how bad a track record i've had with companies in the past, but if you're looking for a trustworthy place that always delivers on time, i've never had issue with SF.

Our #BHorrorMovieNight, live-tweet coming this Thursday, will be on a movie I haven't seen since its release: Sharknado (2013)! Spawning on a series that might be the most ridiculous portrayal of sharks fucking shit up that there ever was, I can't think of a single shark film better to get wasted and rip into. Apparently there's an upcoming sixth (and final?) film to this franchise that I could never have imagined would've existed this long, but fuck it, sharks are awesome. Tune into Twitter at 9:30 EST and use the hashtag!

In our continued search for a  as close to complete collection as possible of hardcover Stephen King novels, we have added Christine and Dreamcatcher to the shelf. I'm currently tackling Christine this month, a book that I admittedly initially hated and have never picked up again till now. This was mostly just in preparation to watch another John Carpenter movie, his adaption, but maybe it won't suck this time! 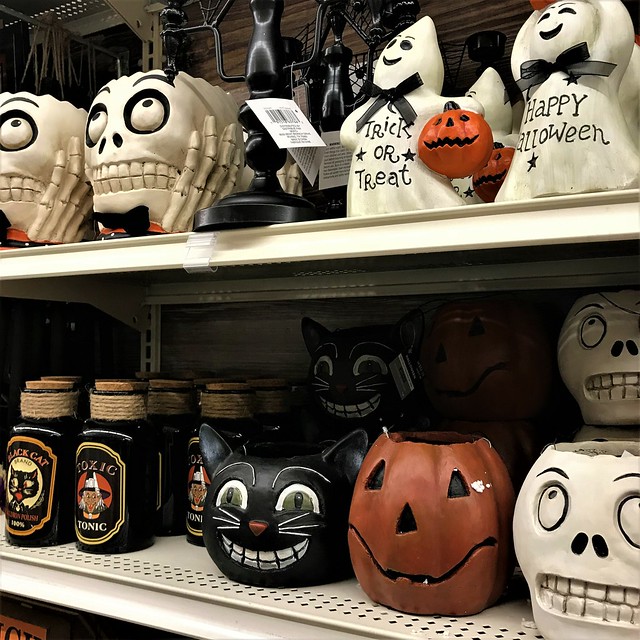 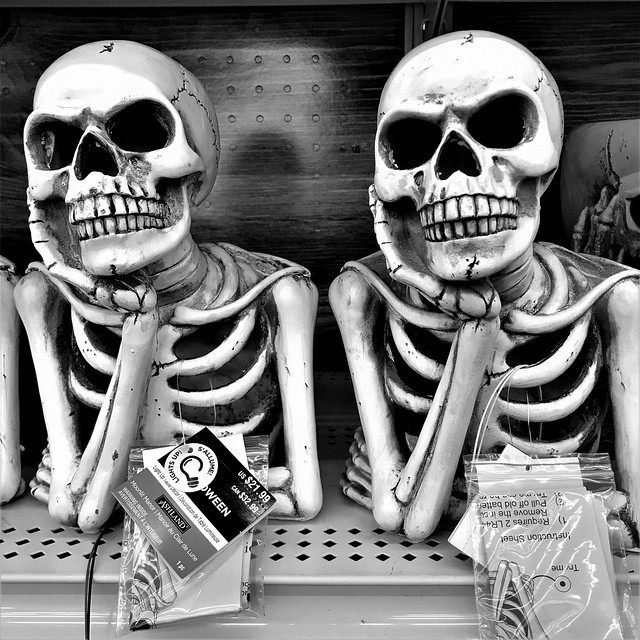 Sara: After such an insanely jam-packed July, we decided to make August a slower one here at The Coven, as far as posts go. We are in the process of revamping the site for you creeps, so please excuse our construction. We will still be pretty active on all of our social media accounts, so be sure to follow us on Twitter, Instagram, like us on Facebook, and join our Coven Creeps group on Facebook to keep more horror and other weird goodness in your feed-there will be sharks!

Other than being completely stoked for The Meg this week, I have been so very stoked to see all of the Halloween decorations popping up in stores! We hit up Micheal's yesterday afternoon, and may have come home with a cart-full of spooky nonsense.We are totally going to put up some of the decorations early, so be sure to check out our Instagram stories later this week to see what creepy shit we couldn't leave the store without.  Apparently Home Goods, and Pier One already have some goodies in stock, so those will be next on our list (RIP my wallet).

In order to save some money (since apparently all of our income is going to Halloween decorations), we decided to check out the Family Video not far from our place, and holy nostalgia, Batman! We scored all of the Jaws movies, and two boxes of candy for $4. Not going to lie, I completely love the convenience of Netflix, Amazon, and Shudder, however, it was so fucking awesome browsing the isles, looking for a few rentals for the week.

Lastly, next week is our @FreshCoastTags game with our co-host, @BadBoxArtMarc! Tune into Twitter at 7pm, Thursday, the 16th to play. The tag will drop that evening, and we promise it will be spooky fun.

Do you guys still use movie rental stores? Do you have a favorite shark movie for us to see? Drop us a comment here or on any of our social media pages. Until next time, keep it creepy, kids.