Pleased To Eat You: The Meg at the drive-in + Blue Lagoon drink recipe 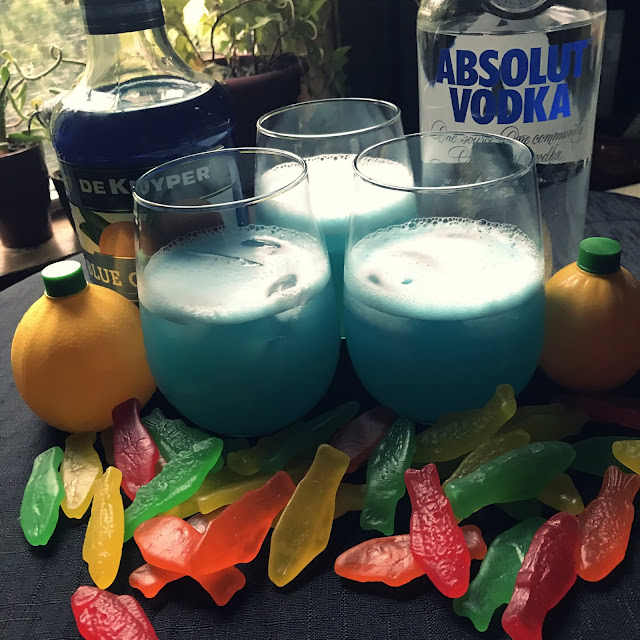 Sara: I have probably said this 30,000+ times on social media all summer, but one of my biggest goals this year was to see a horror movie at the Ford Drive-In in Detroit. As soon as I saw that The Meg was coming out this year, I knew that it HAD to be the movie we saw. We even went as far as to plan an entire month of sharks, just in celebration of this event (ps-are you guys loving all of the god damn sharks in your feed?). We gathered a few of our friends, packed some camping chairs, hoodies, and of course a cooler full of booze, and sat back and watched what I would argue is one of the best movies to heckle through. This movie was made for hilarious commentary, paired perfectly with a summery, alcoholic beverage and what we have here is a recipe for The Blue Lagoon:

Fill a shaker with ice, add in the vodka, curacao, and lemon juice. Shake. Pour into a tall glass, add lemonade to taste, garnish with cherries (optional).

There you have it, a nice, boozy-ass drink to stain your tongue blue, and get you through this future #BHorrorMovieNight of a film.

Jeremy: Drive-in theaters have, for most of my life, been an alien concept to me. While I generally accepted that they still existed somewhere out there, i'd never made the attempt to discover where that somewhere was. Do drive-in's still exist in my home state of Oregon as I write this? Who fucking knows, but I sure as hell am not going to be the one to make a simple Google search to find out. What I DO know, is that I wanted to see a movie about a big ass shark (A Megalodon) this summer, and I wanted to see it in the fabled arena of the drive-in. And so I did, and you know what? I fucking hated it.

What I was promised was a cheesy throwback to such films as Jaws 3-D, or even Sharknado. What I got was a, for want of a better word, boring film that set up scene after scene and failed to deliver on what mayhem could be wrought from a near 90 foot creature. Did the PG-13 rating bestowed on The Meg kill what could have been? For how many scenes I could easily pick up where they restrained themselves in the gore department, you'd be likely to think so. But with an underdeveloped cast, jokes that didn't land as they were intended, and action scenes that hardly tapped into pulse pounding thrills, The Meg failed in far more ways than a shitty shark.

In direct contract to Sara's opinion, I don't recommend going to see The Meg. While technically a better movie than Sharknado, it is neither over the top funny like that film, nor tense as hell like Jaws or 47 Meters Down. I'll return to the drive-in again, but it sure as hell won't be for this dud. 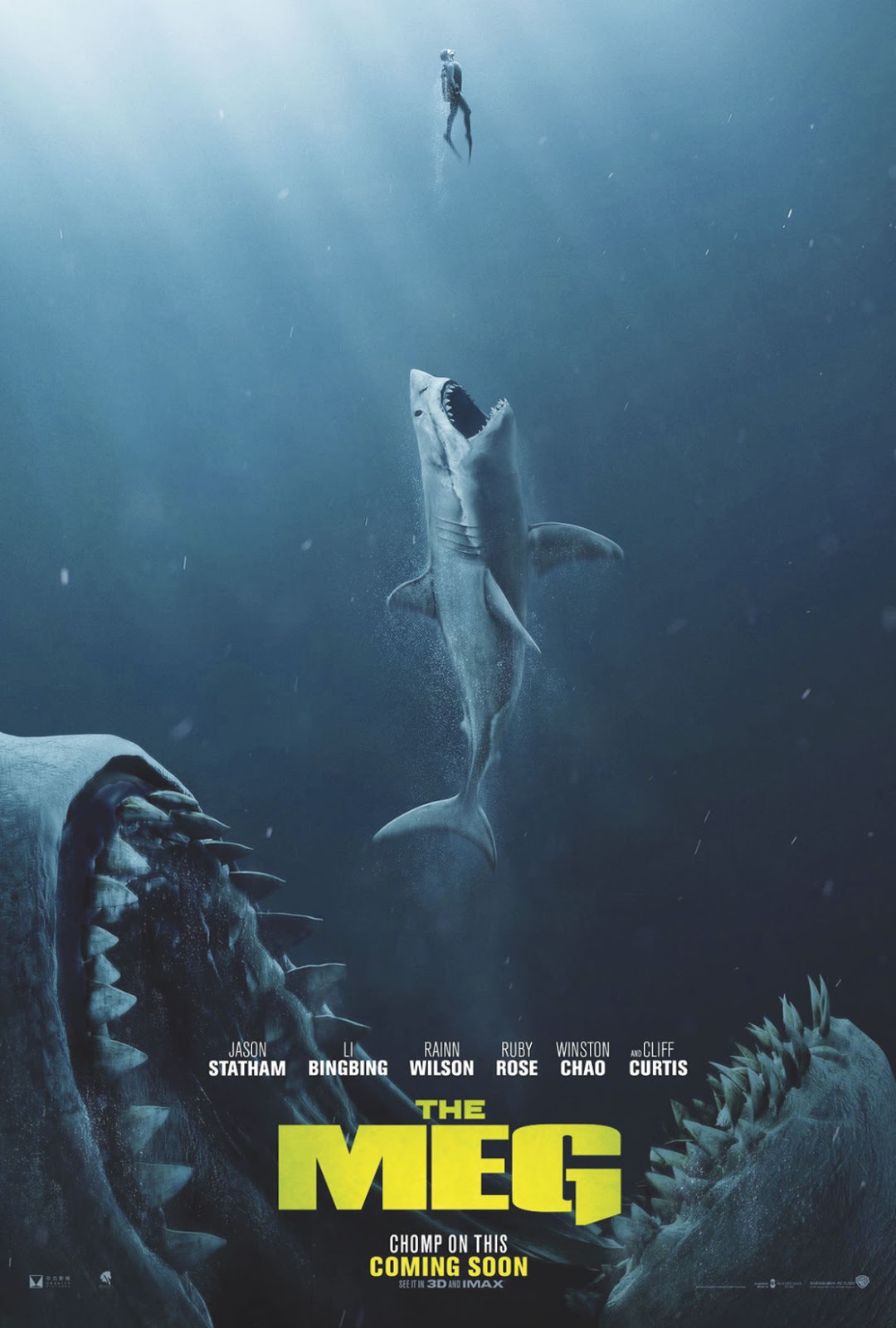 Sara: Okay, Okay, I won't lie. I felt like this movie had its snooze moments, and structurally it felt a bit thrown together. However, it was fun. It was perfect for our drive-in experience because yes, we totally all talked through it. I think if we had gone to see an actual really great movie, I would have wanted to pay attention a little more. Hence The Meg being perfect for this format.

Currently we are still working on our new layout, so stay tuned for that! Also, the Michigan Renaissance festival has officially started, so of course we had to attend the first weekend. Despite this blog being heavy on the horror, we love all things weird and whimsical as well, so be sure to follow our adventures on Instagram @FoxyCatCoven. We will have a bigger post to follow later this month on all that mischief, but for now we will be starting a new highlight just for RenFaire for you creeps,. Just in case you haven't seen it, we started a Halloween 2018 highlight over on Instagram, one that we fully plan on packing up with all things spooky from now until the end of October.  Until next time, keep it creepy, kids!
Spooky Eats