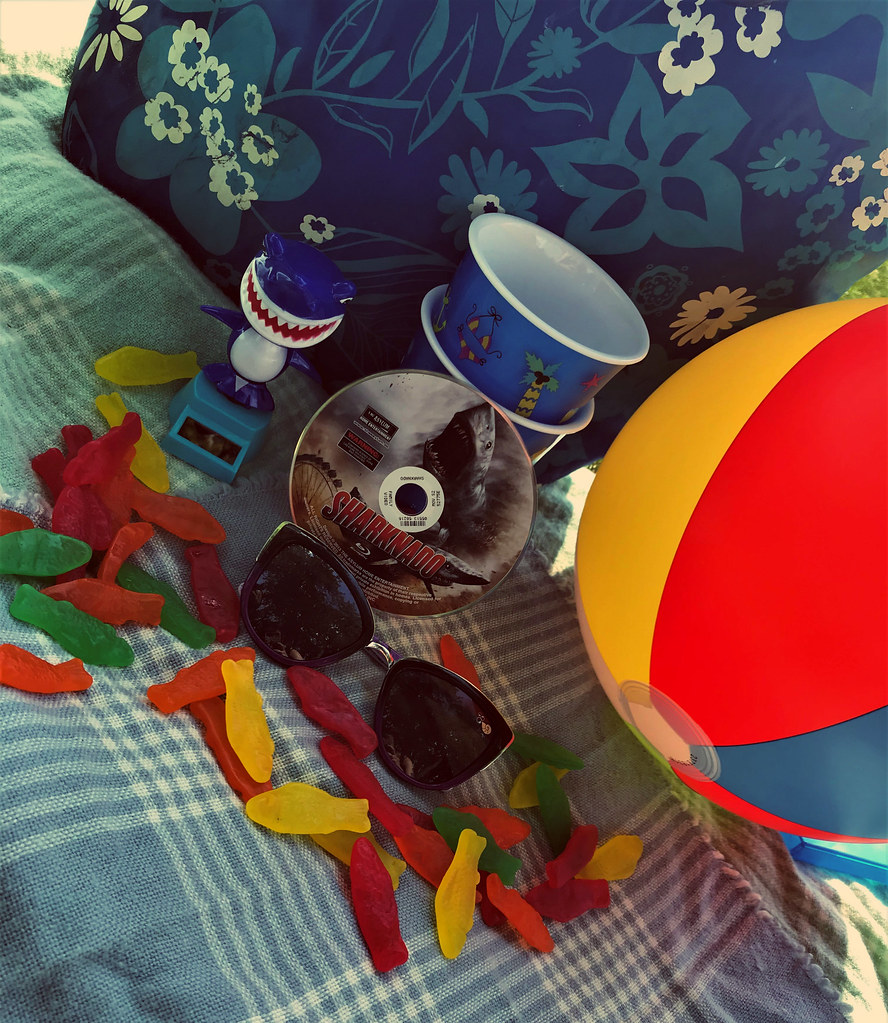 Jeremy: Almost five years to the date that I first came across the travesty that is Sharknado, we met again on a stormy August day over the past weekend. The story goes that when this film first aired on the SyFy channel, I was in the throes of one very drunk night with friends who happened to be looking for something to satisfy our inebriated minds. And let me tell you, when you're at least five White Russians in and you run into an image of a dude slicing his way out of a flying shark with a chainsaw, you start to pay attention. We all thought it was hilarious, without consideration for that the fact that we (at the very least, I did) knew this was a movie we would never have to see again. And up until this point, and a staggering five sequels later, that I finally found myself faced with Tara Reid, a inexplicable tornado of sharks, and the dad from Home Alone, past his prime and fucked up on margaritas.

Sara: When we decided that we were dedicating August to sharks, we had three ideas in mind: We had to see The Meg, we had to watch Jaws, and we had to get drunk as hell and live-tweet this fucking movie. Unlike my coven counterpart here, I had not had the pleasure of seeing this Sharknado before, and despite my love for Tara Reid in Josie and the Pussycats (2001), I could never bring myself to watch this trash-blessing; until now. I couldn't tell what was worse: the CGI that looked like some 7th grade kid made back in 1997, or all of the good old, blatant misogyny. The lead female did kick some butt throughout the film, even if she had some of the worst lines in cinema history. The lead male (we'll just call him Budget Chris Pratt) turned out to be at least slightly better represented throughout the film. His arc had him go from being an arrogant bar-owner to chainsaw wielding hero, after saving not only his family, but even some helpless school kids caught in a bus. Tara Reid on the other hand, she gets major props for somehow finding time to progressively put more eye makeup on as the movie progressed, and right in middle of tornado after tornado!

Anyway, absolutely nothing in this movie makes any sense. There is a giant storm coming, as stated in the very beginning of the movie, and everyone is just chillin' on the beach, and of course completely surprised when the rain starts to shit down on them. Don't get me started on the tornadoes, the storm is actually a hurricane for the first half of the movie, everything clears up for 30 seconds, then BAM! Tornadoes. Cool. Not once is it explained how the hell the god damn sharks got in the tornadoes, at all. It's okay though, because lead chic and Budget Chris Pratt started slaughtering them all and I am thankful for the shitty graphics because I would have felt bad for all the sharks if they had looked remotely real. The best idea I could come up with was to just have a drink when I didn't know what was going on, and three very gin and tonics later, I was pretty lit. Yay sharks!

Jeremy: Yeah like Sara said, screw the CGI here. I think I live-tweeted something along the lines of the sharks looking like they were farted out of a Windows 97 program. Maybe even that is giving it more credit than it deserves. Look, I know the creators of Sharknado know what kind of film they are making. The big problem here is that the joke, for barely the length this film runs for, is only funny once. I could appreciate how ridiculous the concept is, and while i'm not crazy about a whole lot of monster movies, there needs to be some reason to revisit a film. And, in the case of Sharknado, why come back for each subsequent film when the joke is the same, if only slightly tweaked? There are plenty of other horror films out there if you want just a dumb, loud movie to enjoy on a Saturday night. And that includes in the shark genre. Fuck this Sharknado, man. 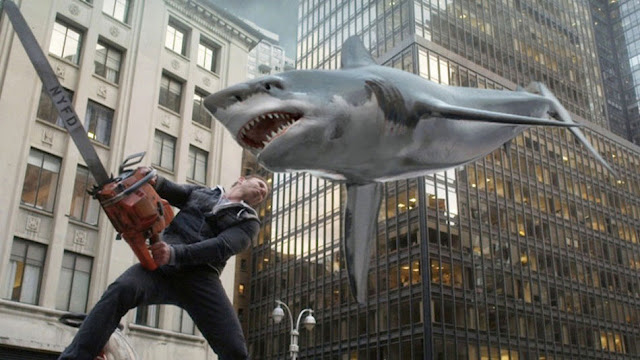 Sara: Despite August being a little slower for us as far as posts go, we still have a couple more shark themed posts for you, as we continue to work on giving a massive overhaul to the blog, and all our social media platforms. As well, keep a look out for our weekly #TuesdayHorrorRecs, which you can find on all of our social media pages. We also are guest-hosting our @FreshCoastTags game on Twitter THIS Thurday at 7pm with our friend @BadBoxArtMarc! Follow us on Twitter, and the hashtag will drop just before the game that evening. In the meantime, keep it creepy, kids!
B. Horror Movie Night