Up And Coven Happenings: July 2018 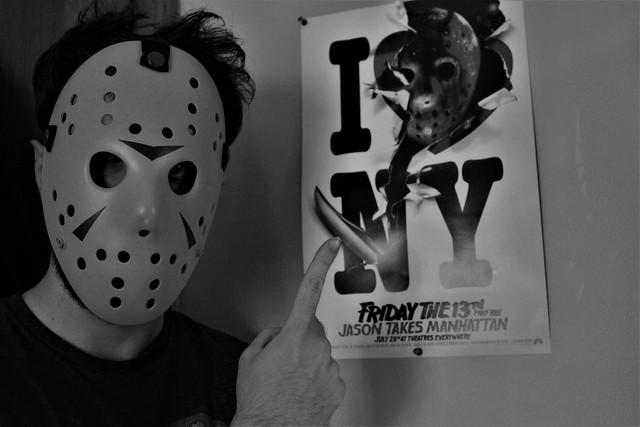 Jeremy: 2018 has been a year graced by two Friday the 13th holidays. Back in April we did a small watch-along of the first six films in the series in celebration of all things Camp Crystal Lake. For July, however, we decided in honor of another Friday the 13th coming up, we would dedicate an entire month to the franchise, with all sorts of Voorhee's-approved, blood-soaked content on the way. Perhaps our biggest gesture to the series will be in the form of a camping trip up to Krystal Lake Campground in Vassar, MI over the Friday the 13th weekend. We've got a ton of ideas already on how our subsequent vacation post will be structured, and I personally am very stoked to be fulfilling something i've wanted to do damn near my whole life.

July is perhaps our busiest month yet for the Coven, with a slightly drastic increase in the amount of posts we want to get out to you guys. Outside of business with the blog, I was blown away by the footage of the upcoming remake of one of my favorite survival horror video games, Resident Evil 2, at E3 last month. In honor of its release early next year, i'm attempting to run through every RE game available on the PS4, which may or may not kill me in the attempt. I'm also still in a whirlwind over the trailers for both the upcoming Halloween film, and a remake of what I often consider my favorite horror movie of all time, Suspiria. 2018 has generally a mixed bag in terms of quality horror films so far, ranging from excellent (Unsane), so-so (The Strangers: Prey at Night), and get that shit away from me (Cloverfield Paradox). Oh and short version on my thoughts on perhaps the biggest horror movie of this year so far, Hereditary? I will definitely need another go at it, because my initial reaction was I fucking hated the thing, and I still feel weeks later that that is very easily subject to change, if given another chance. The big release on Blu-Ray this month for me has got to be Arrow Video's 3-disc release of Wes Craven's Last House on the Left. It having been released the day of me writing this, I can't wait to revisit a film that has always had some truly shitty releases, on really any format. 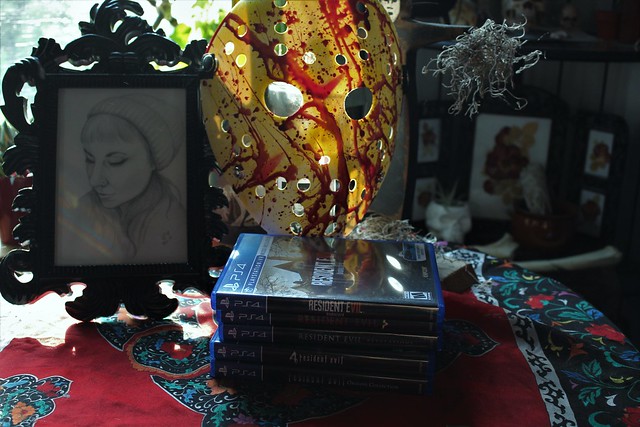 Sara: As Jeremy mentioned, this month is all about Friday the 13th, so we will have some special posts sticking with that theme throughout the month, and not one but two #BHorrorMovieNight live-tweets! The first one is set for this Thursday, July 5th. We will be simultaneously trashing and praising Friday the 13th Part VIII: Jason Takes Manhattan (1989), it is available to rent on YouTube so tune in at 9:30 pm EST and follow along on Twitter @FoxyCatCoven! Don't forget to use the hashtag, and we will re-tweet our favorite tweets from the evening all during the film.

What I am most excited about this month though is the two bigger concerts we are going to! For the first one we are heading out to Chicago Friday night after work to stay with friends and to see Weezer and The Pixies on Saturday. This is kind of a big deal for two reasons: Jeremy has never been to Chicago, he has also never seen Weezer which has been one of my favorite bands since high school. The other concert we are hitting up is the Rob Zombie and Marilyn Manson Twins of Evil Tour here in Michigan (on a Wednesday, a school night. Prey for our livers). I wasn't really allowed to listen to Marilyn as a teenager, but figured out how to anyways, like you do, and I actually really love his newest album, Heaven Upside Down, so I am pretty stoked.

Lastly, we rolled in a new weekly feature on our social media accounts: #TuesdayHorrorMovieRecs, where we recommend something we have recently watched, be it old, new, either way, it will be something we both really dug and this week's pick was Happy Death Day! (2017)

"A college student relive the day of her  murder over and over again, in a loop that will only end when she discovers her killer's identity."

We both really ended up liking this fun little black-comedy mixed with horror. It is the perfect kind of movie you can throw on for any occasion when you have a group of people over. Have you seen Happy Death Day? Have a few horror movies to recommend to us? Leave a comment! For those of you who are American readers, have a wonderful Fourth of July, and we will see you guys Thursday evening for #BHorrorMovieNight. In the meantime, keep it creepy, kids. \ 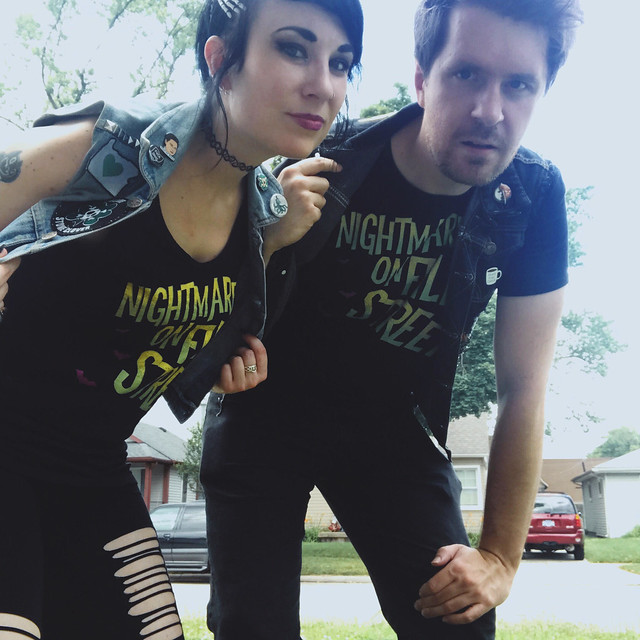