on July 31, 2018
Sara: Greetings, Creeps! Welcome to our final post on our July theme of  Friday the 13th! To catch up on any earlier posts under this theme that you may have missed, just check our side bar and click on Recent Posts. Because Friday the 13th is such a classic and iconic slasher film, we had to do two #BHorrorMovieNight live-tweets because Friday the 13th Part VIII: Jason Takes Manhattan was just not enough. Oh hell no. We knew we had to live-tweet the shit out of Freddy vs Jason because fans from both franchises had to wait stupid long for this movie to finally fucking happen, and we knew that the last film in the original Friday the 13th series needed to cap off our July. So, we present to you: Our review and recap of our live-tweet of one of the biggest show-downs in horror history! 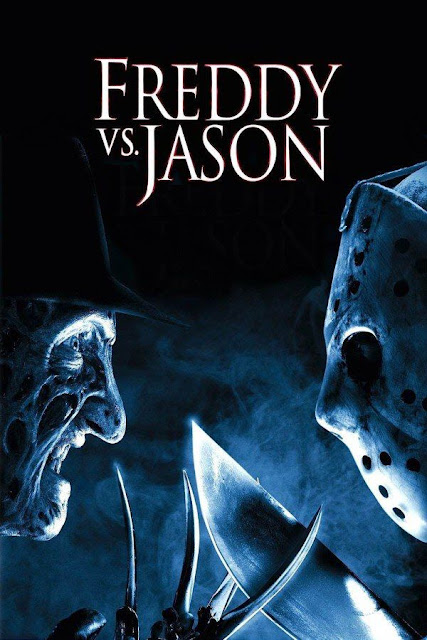 Jeremy: There's no denying that Freddy vs. Jason is a fucking fun film, one of the most entertaining of either franchise. It's for this fact alone that it makes the atrocious performances, primarily from the lead girl Lori, even more welcome than some A-list actress delivering a career defining performance. Jason is made out to be the anti-hero of the film, pitted up against the fully villainous Freddy Krueger, a move possibly spurned by the fact FvsJ was distributed by the studio responsible for the Nightmare on Elm Street films. Unfortunately for Friday fans, it's because of this that it works better as a Nightmare on Elm Street movie, with Jason delegated to a supporting character role. My views on it, in whatever series i'm stacking it up against, find me always sticking this bastard somewhere in the middle, in terms of overall quality. I'm always down to watch some FvsJ, but it's by no means the deepest, most intriguing, or vicious movie in either the Friday or Nightmare universe.

Luckily for FvsJ, this is a party film through and through, and works perfectly in the mold of a B Horror Movie Night. With plenty to riff on, peppered throughout a ton of genuinely badass action scenes, there was never a dull moment. Where our Jason Takes Manhattan live tweet was fueled by how many things we could point out that didn't work in the movie, FvsJ, a flawed film it may be, provides some of the best escapism moments for a group of drunk assholes. And really, that's what these live tweets are all about. 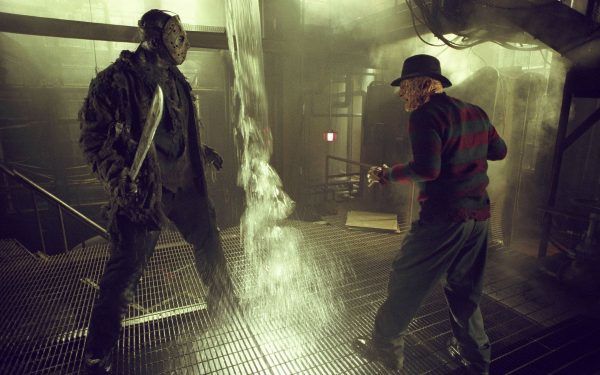 Sara: Piggy-backing off of what Jeremy said, our #BhorrorMovieNights are pretty much Twitter party nights, and although this movie is neither terrible, nor slightly unheard of (like most of our picks), it definitely falls under the the category of good-bad. Which is why it is instantaneously so enjoyable. Almost every time I have viewed this film, it has been with a group of people-a room divided over who is better: Freddy, or Jason. Or, what I love to do with slasher flicks: pick the preferred order in which all of the horny, over-dramatic teenagers die.  Seriously though, Katherine Isabelle's best worst performance ever is her role in this film. We had to watch Ginger Snaps after to justify her acting abilities (I kid, I will ALWAYS want to watch Ginger Snaps). Honestly though, for me it was Kelly Rowland and a couple of hick teenagers who definitely stole the show with as excellent sources of comic relief. That is aside, of course, from Freddy's always entertaining, smart-ass quips.

Up next for the Coven, we have a brand-spanking-new theme for the month of August, which we will get to in our next post, so stay tuned for that. We also have a @FreshCoastTags game that we are hosting with our friend @BadBoxArtMarc on Thursday, August 16th at 7pm, so if you are into Twitter games, check it out and follow us @FoxyCatCoven! In the meantime, keep it creepy, kids.
B. Horror Movie Night