Up And Coven Happenings: June 2018 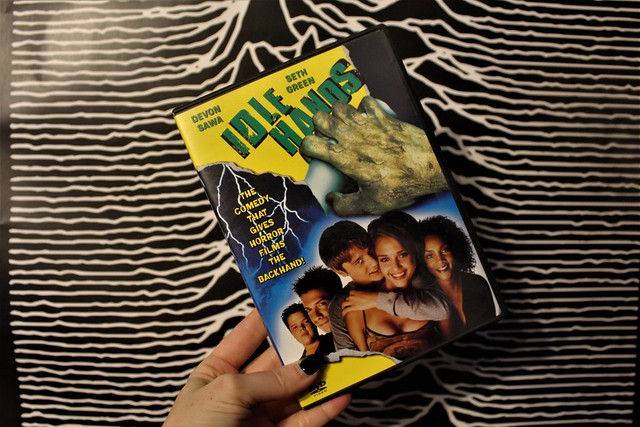 Sara: Welcome, Creeps, to June at the Coven. This month, our theme is horror-comedy! I am really stoked about this month's theme, because we are going to not only do a post about our top five films in this genre, but we are also going to watch five horror comedies that we haven't seen. We will also include this theme when we do our original vs remake post for this month with Fright Night (HUGE David Tennant fan here), so look for that post later this month. We will be kicking off this month's theme with a #BHorrorMovieNight live-tweet of Dead Alive (1992) TONIGHT at 9:30 EST! It is currently available on YouTube, so follow along at @FoxyCatCoven and use the hashtag!

I am currently in the process of setting up some more photo-shoots for this blog, much like our Dark Faeries and Dark History post, and I am pretty excited for all of the ideas we have brewing. I am also currently reading House of Leaves by Mark Z. Danielewski, after our friend Wednesday loaned it to Jeremy, I kept bugging him to hurry up and read it, and our friend Aaron loaned me his copy, so now we are both reading it. I am pretty early in, but its very intriguing so far. In other news: Dragon Age Inquisition was on sale for $10, so I am pretty excited to use the PS4 for something other than logging on once per month to play Lego Harry Potter for 4 hours. I am very much a newb, so any tips are greatly appreciated! 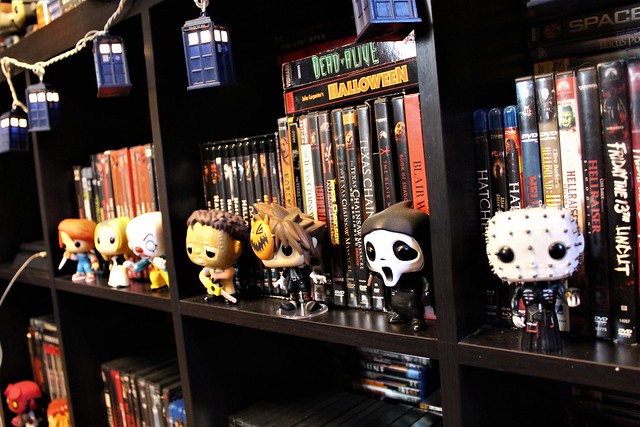 Jeremy: Perhaps the most exciting thing on the horror movie front this month, for me, is the release of Hereditary, in theaters June 8th. I've been stoked for this movie to come out all year, and with the insane amount of hype that's been built up i'm hoping that it can live up to the already legendary status it's being given. In the meantime, I recently decided, after having a string of weeks in which I struggled with what horror movie I wanted to casually watch, that I would pick a place on my shelf and re-watch my entire collection before the end of 2018. A feat i've so far been documenting over on my personal instagram, @Videoxjunkie.

It's been awhile since i've done a personal post on here, and so this month I will be covering my experience playing a slasher board game known as Last Friday. Heavily inspired by the Friday the 13th franchise, this is the first legitimate horror themed board game i've played, and I can already tell i'm going to love it for many years to come. More on that later. I've also, aided by a lot of downtime I had several weeks ago after some unexpected surgery, have been discovering horror games such as Alien: Isolation and Slender: The Arrival. The former being an intense, amazing experience that pays excellent tribute to the original Alien while expanding on the universe. While the latter being full of cheap jumpscares and a lot of walking/running from point A to B. Riveting shit. 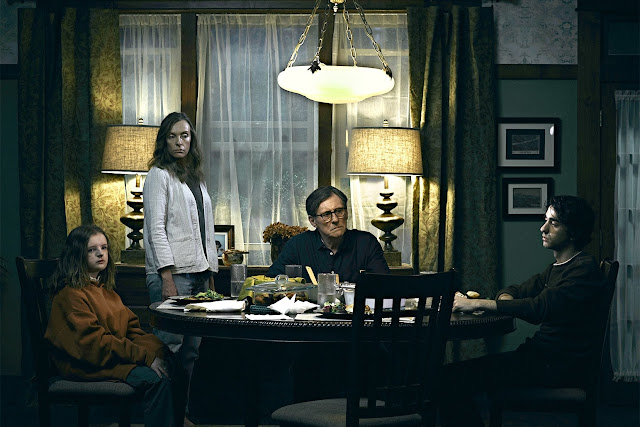 Sara: Our movie recommendation for this month is The Devil's Candy (2015): A struggling painter is possessed by satanic forces after he and his family move into their dream home. I can't remember where I stumbled upon this movie, but as soon as I watched the trailer I knew that we had to watch it. It's so god damn metal, I thought Jeremy was going to shit his pants. It's almost like if you mashed a supernatural horror movie, with a serial killer film, it's really pretty awesome. If you haven't seen it yet, go check it out and leave us your thoughts!

We are going to sign off here and get ready for our #BHorrorMovieNight live-tweet of Dead Alive (aka, poor some draaanks) so we will see you then. Keep it creepy, kids.