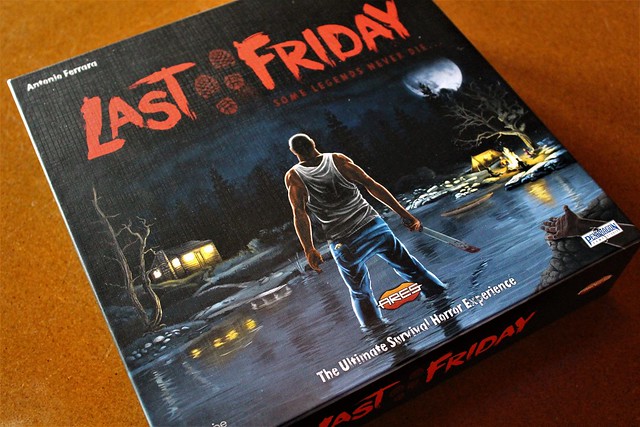 Jeremy: My experience with horror themed board games can be summed up with, "Does anything related to The Lost World: Jurassic Park count as a horror game?". Basically, I never dabbled in the art. Although it may have been due to lack of knowledge on what was available, throughout the last ten years I was under the impression that the horror board game market was incredibly scarce, save for the many clones of Clue out there. Come to find out over the past year, there is actually quite a huge collection of games out there, very popular ones that have been going on for years, expansion packs and all. For starters, I never was a fan of anything table top related. Just not my bag. And what led to me what i'm talking about today, Last Friday, would have almost nothing to do with this survival horror experience.

I don't discuss this a whole lot but i'm a huge fan of John Carpenter's The Thing, hell I even dug the inferior 2011 prequel. The early 2000's saw a release of a PS2 title, also called The Thing, which acted as a sequel to the 1982 film. Great game. Anyway last year, through Bloody-Disgusting.com I ran across the new that there would be a board game based off The Thing, released under the title Infection at Outpost 31. For the first time, I was fucking stoked for a horror themed board game to come out. That is, until I saw the price tag. Ultimately, at a time where I couldn't justify buying it, I instead went to research an alternative. If there was already a game out based off The Thing, surely there had to be plenty others out there based off popular horror films? Within moments, I was lead to Last Friday, the closest to a Friday the 13th themed board game you can find. 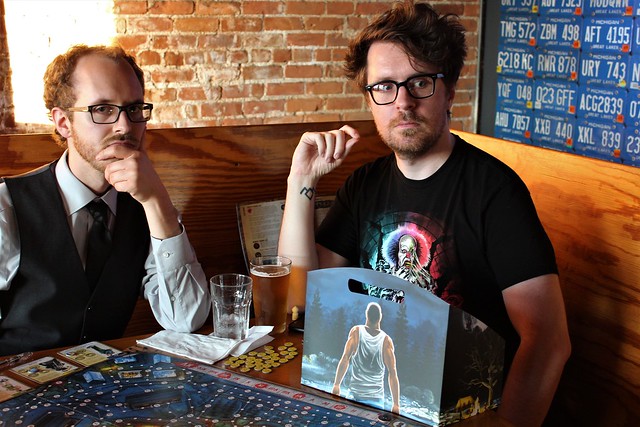 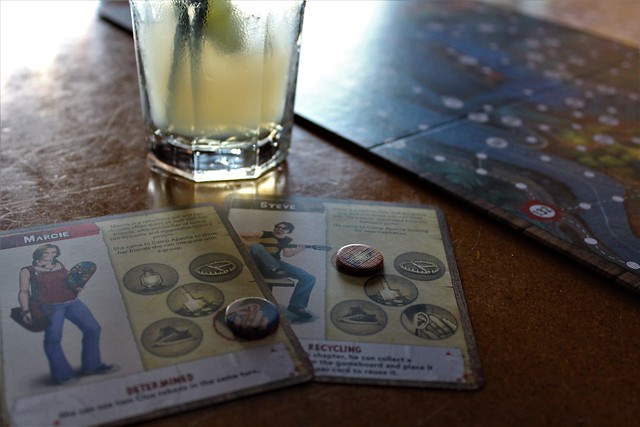 Jeremy: Knowing that I know shit about horror board games, there's not a whole lot to compare this to, but overall? I had a blast playing Last Friday. Its influences from the Friday the 13th franchise are everywhere from the camp counselors and their different abilities, the logo in the classic Friday the 13th font, the board layout designed as its own Crystal Lake, and all with just a few tweaks. For first time players, I would warn you that there is a learning curve that ended up taking us about two hours (sober) to get down. This was not only for the basics, but for how the game is separated into four different chapters (and thus, four different types of objectives to learn the rules of). You have one person (me) who plays the killer, who spends at least 60% of the game in an unknown (to the counselors) position on the board, using special ability's to stalk or hide from the other players. We were joined by our fried Aaron, and because there needs to be five counselors on the board at once, he played three of them, while Sara played the other two. While I could see that having more players would have made this particular experience less confusing, we didn't run into anything too difficult when figuring out whose turn it was. Thankfully too, the killer wasn't over powered (at least I didn't feel like I was), making it just as much as a challenge for me as it was for them.

While I don't know how the expansion pack, Return to Camp Apache, adds to this game, something I would change is someday update the board, its art design primarily. It's not a huge complaint, but if not for the exciting gameplay, it's mostly dull look might have deterred me from a game that seems to also pride itself on visual design. That aside, I have few complaints for now, this is a very re-playable experience that I would recommend to any horror fan. With the different chapters there to mix things up, the interactivity of placing traps, moving through the cabins and the lake, and the unknown factor of the killers location, Last Friday provides many opportunities for a different, fun experience every time. And for only $40, I absolutely think you're getting your moneys worth for it. 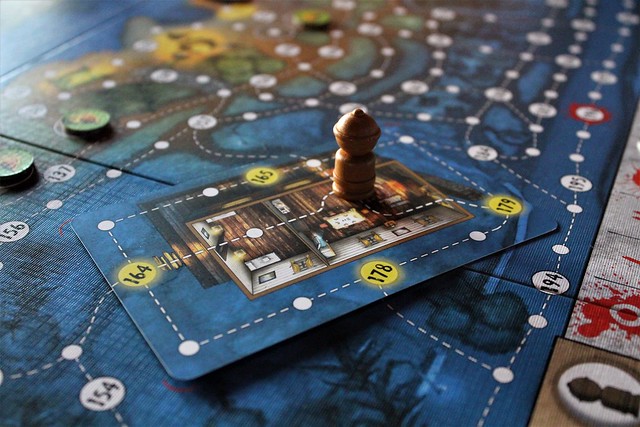