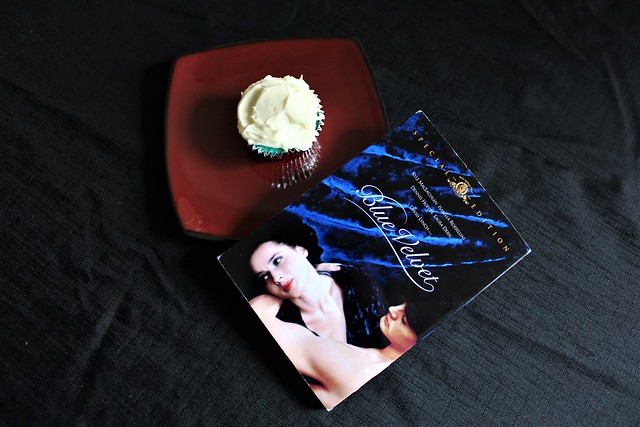 Jeremy: Blue Velvet is the first David Lynch film i've ever seen. Many blog posts ago, I did a feature on a Twin Peaks-inspired pie recipe, with added emphasis on the fact that that show still remains the pinnacle of television for me, easily my favorite TV series. But what I didn't mention in that post is that, if not for Blue Velvet, I likely never would have seen a single episode of Twin Peaks, let alone grew to love many of David Lynch's other works. Blue Velvet's theme of the dark underbelly of society lurking beneath the idyllic picture of American life was, while not completely original for the time, executed with amazing, convincing performances, set in a landscape reminiscent of the 1950's. This theme would provide the nucleus for Twin Peaks, down to featuring several of the same actors, albeit in largely different roles. I can appreciate Blue Velvet for that alone, but more than its influence, it simply is an engaging film with deep symbolism, requiring multiple viewings. With my birthday having come and gone this last weekend, Sara and I had the opportunity to create these Blue Velvet cupcakes for the party, inspired from the film we both love.

Sara: My first David Lynch film was not Blue Velvet, it was Eraserhead. I am willing to bet if  Lynch could have cast Kyle Maclachlan in it, he would have been eating. Seriously though, his character Jeffery echos characteristics of his future role of Agent Dale Cooper: striving to do the right thing, and forever eating. Symbolism? Most likely, Blue Velvet is full of it. My fellow English majors at Oakland University would have loved to sit and discuss this film in its entirety, however, much like the best part of the cupcake is the frosting, the best part of a Lynch film is its distinctive characters. But first: frosting. 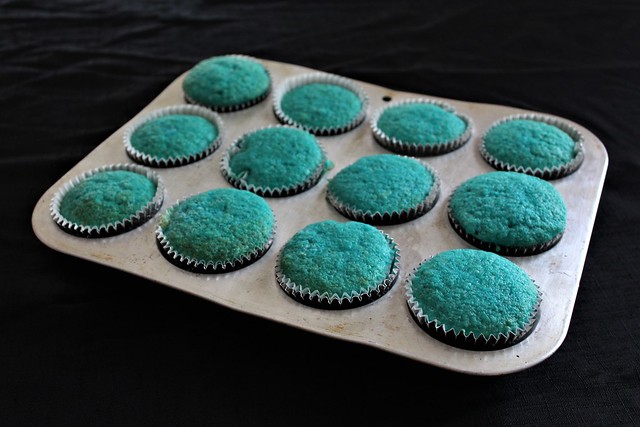 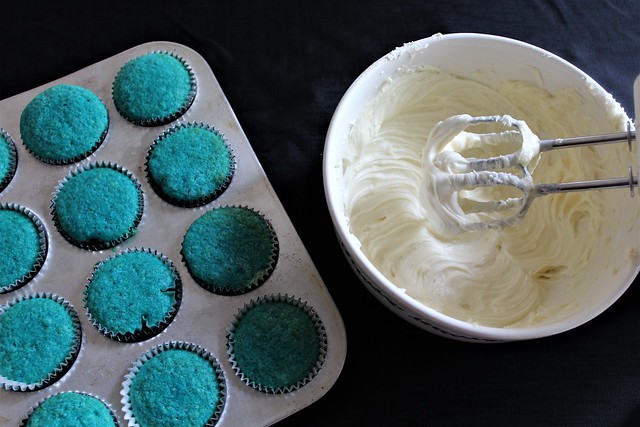 For the actual cupcakes, I just bought a box of blue velvet cake mix (tip: if you want to make your cakes a little richer, add an extra egg to the boxed stuff).

For the frosting however, I made that myself. All you need is:

In a large bowl, beat the butter and cream cheese together until it is well mixed. Add the powdered sugar one cup at a time, and then the vanilla, mixing well until it is smooth and creamy. 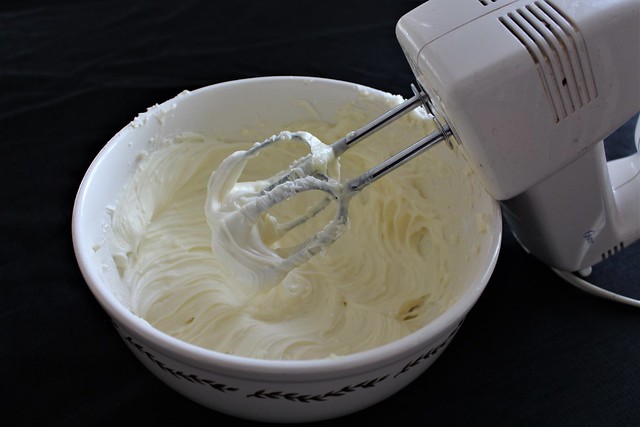 What I think I loved most about Blue Velvet is not only is it the most cohesive film by Lynch that I have seen (we both still need to watch Muholland Drive), but it has so many characters with such distinctive personalities. The brash, foul-mouthed, mania-driven, gang-leader Frank, paired up with emotionally unstable, severely abused night club singer Dorothy, is a decent contrast to the demur, yet curious high school student Sandy, and amateur detective/college student, Jeffery. The film itself is choc-full of surrealism, raw, emotional energy, and a beautiful color palette. It's no wonder Blue Velvet is a complete cult-classic.

Got a favorite Lynch film? Thoughts on Blue Velvet? Love cupcakes? Drop us a comment, here or on our Facebook page, Instagram, or Twitter. We love hearing from you creeps, all of your recommendations and feedback are always welcome. Until next post, keep it creepy, kids.