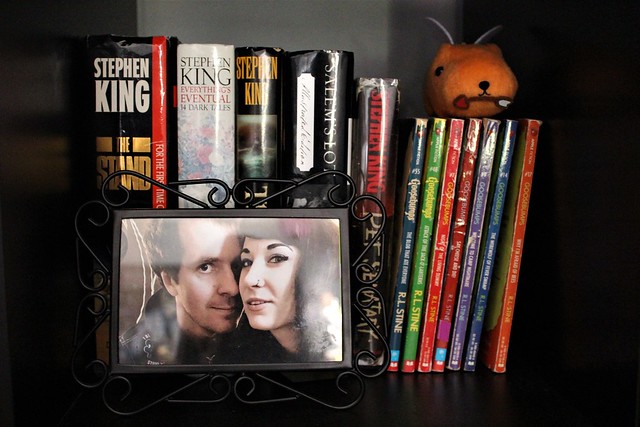 Jeremy: With the Ju-On/The Grudge films behind us, we decided to move onto our next month long topic: The Goosebumps series! This will be divided into two-parts, starting with a look back at how Goosebumps was a vital part of our childhood, and ending with how we view the series now as adults. This second part will also include our opinions on the Jack Black-led live action Goosebumps film, which we will both be experiencing for the first time. Throughout the month we will also be re-reading and watching some of our favorite Goosebumps books and TV episodes, respectively. With this franchise being such an important early influence on my love of the horror genre, as it was for many my age, this should prove to be a very nostalgic month for us and you readers!

Something i've been especially excited about lately has been my discovery of a horror movie video company called Arrow Video. Based in the UK, I recently came into possession of their Blu-ray releases of Deep Red, Re-Animator, and Bride of Re-Animator. I'm completely amazed by their dedication to giving these films their most superior versions on the market, with beautiful artwork, exclusive features, and a kickass transfer that looks as perfect as I could imagine. I definitely cannot wait to dig in to some of their other releases, and i'm not at all ashamed that I have their Children of the Corn Blu-ray in my Amazon cart, just waiting for that pay day to hit. I can't recommend you check them out enough. 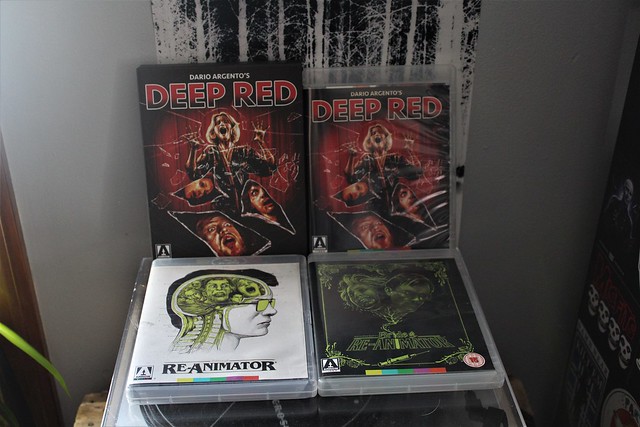 This month we will also be doing another entry in our VS. series, this time with Carrie (1976) vs. Carrie (2013). I hear this is not exactly a fair fight, but then again, how many original vs. remake posts really are? I've yet to see the 2013 version so this will be interesting for me, and hopefully an improvement over the dreadful Nightmare on Elm Street and Halloween remakes we've slogged through so far. I've never seen a Chloe Grace Moretz movie I liked, but goddamnit there's got to be one out there!

And last for me, we have another cooking post this month, this time with both a food and boozy drink concoction. Although I can't wait to share with you guys another Twin Peaks recipe from the cookbook, we will be continuing on with the spooky theme of our previous quesadilla post. A surprise, but a damn good one.

Sara: This month we are headed to Arizona! We are seriously so stoked to visit some of Jeremy's family and friends as it will be my first time meeting them in person, and we have plenty of plans to see some spooky shit so we shall return to Michigan with a post or two about our travels. In the meantime, we are going to be busting our asses to get posts prepared for you ghouls while we are gone, because the coven never sleeps. 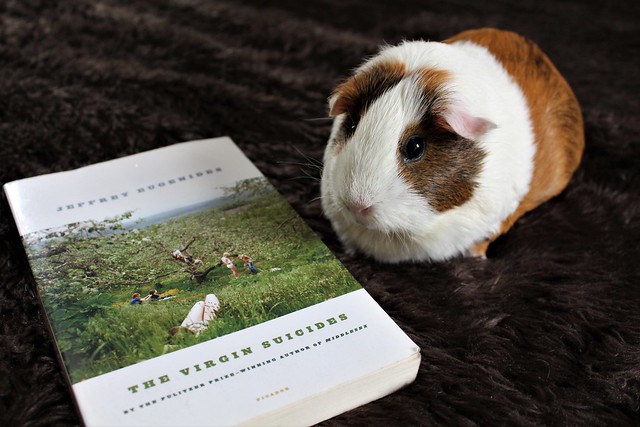 In other news: I just finished reading The Virgin Suicides by Jeffery Eugenides and it was pretty solid. If you are a looking for something that's a bit depressing and morbid, but also a quick read, I recommend! I am sure a viewing of the 1999 film in my near future. We also made it a mission to watch at least one indie horror movie per month, and this month we took it to Twitter and you guys voted for Creep (2014). I am not going to lie, the preview poster for this movie on Netflix is pretty lame, so despite everyone raving about it, I was a little skeptical. I ended up really loving it though, very creepy and I am excited to watch the sequel soon.

"When a videographer answers a Craigslist ad for a one-day job in a remote mountain town, he finds his client is not at all what he initially seems"

Creep is currently available on Netflix, so go watch it! As always, keep it creepy.
Coven Happenings