Up And Coven Happenings: March 2018 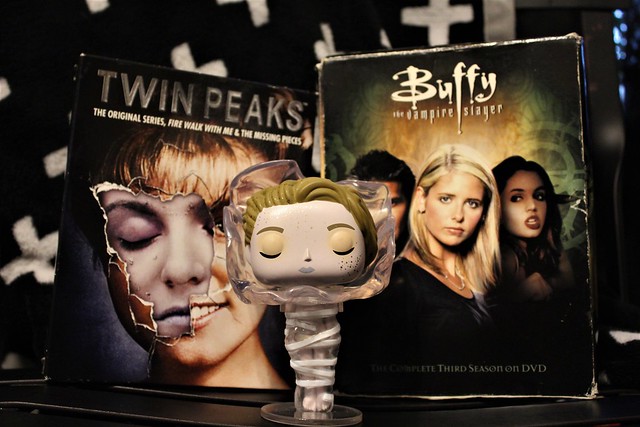 "I carry a log-yes. Is it funny to you? It is not to me. Behind all things are reasons. Reasons can even explain the absurd. Do we have the time to learn the reasons behind  the human being's varied behavior? I think not. Some take the time. Are they called detectives? Watch-and see what life teaches," -The Log Lady, Twin Peaks, Season one

Sara:  Buffy The Vampire Slayer: Season 3. I have taken it as my sole purpose in live to ruin Jeremy's street-cred, and I made a bit of progress with BTVS.  The special effects don't exactly hold up in 2018, and there are moments where Xander's entitled, self-pity garble makes me want to projectile vomit, I can't help but ride that nostalgia train and cheer the 'Scoobies on as they battle everything The Hellmouth has to offer. Season three also introduces one of my personal favorite characters: Faith.

With the passing of February 24th as the official "Twin Peaks Day", we celebrated with a Saturday afternoon viewing of  Fire Walk With Me, which in turn led us to a re-watch of Season One of Twin Peaks. Apparently we are on a 90's kick.

Jeremy: How I missed out on watching Buffy this entire time, especially while essentially growing up with it all around me, I don't know, but i've been slowly getting into it the past month. Like Sara said, we are also doing a re-watch of the entire Twin Peaks universe, from Fire Walk With Me to the Third Season (or Limited Series if you're a corporate tool). Ever since the Third Season ended back in September 2017, i've been talking about doing this re-watch on and off but with the holidays being the bastards they are, i'm just happy we've found the time to give it another go. Much coffee and donuts will be had.

Jeremy: Our friend Wednesday lent me this book, House of Leaves, recently that i'm just now having the opportunity to dive into. The way she initially described it set up for me a perfect sort of mystery novel that constantly challenges the reader to discover what is going on through multiple literary devices. In fact, she mentioned she even had this book full of written notes on all kinds of mysteries she found contained within; something I hope I might be able to emulate and not make a complete fucker of myself.

Sara: Over the past few months I have made it a point to take all of my allocated breaks at work so that I can get through my book stash that seems to increase on a weekly basis, a hefty feat. I managed to polish off Jeremy's copy of Heart-Shaped Box by Joe Hill, and it is an absolute perfect fast-read horror novel. It was gritty, it was fresh, I felt as if I was right in the thick of the action, and the tone and imagery pick up the faintest echoes of his father, Stephen King, yet Joe Hill somehow manages to mix it in with his own, fast-paced style that left you hoping that Netflix will pick it up as a movie (hint-hint guys).

I also am a complete whore for Neil Gaiman (New Universe for Sandman, anyone?), so I had purposely waited for Norse Mythology to print in paperback before I secured a copy for myself.  However, Amazon decided to sell the hardcover for the same price and you bet I bought that beautiful bitch the very second payday hit. Norse Anthology gives s history, as well as a few short stories of the accounts of Odin, Thor, Loki, Freya, as well as many other Norse gods, in such a way that will swell your heart, then rip it out moments later. 10/10 do recommend.

Once upon a time I used to have a pretty sexy collection of  R.L. Stine's Goosebumps books, but then I became an irresponsible teenager and sold them all at a garage sale (I know, I know, idiot). Over the summer I have slowly been collecting them up again at thrift stores and resale shops, and again, it might be the nostalgia baiting me, but they are perfect little reads for cleansing my literary palate in between other novels. 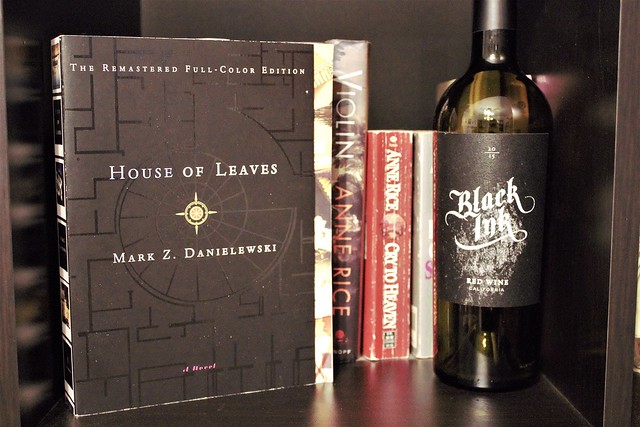 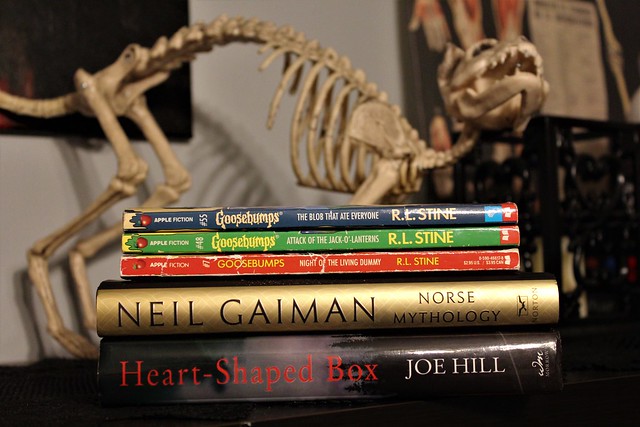 Jeremy: We have a ton of movies set up to watch in theaters and at home this month. I personally am looking forward to checking out The Strangers: Prey at Night in theaters and an Edgar Allan Poe themed cafe in Port Huron. We also have two B-Horror Movie Nights this month, covering some true nuggets of fried shit, with Prom Night (1980) and I Know Who Killed Me, Lindsey Lohan's finest hour to date. And of course, another adventure into the cemeteries of Michigan, this time out in Pontiac.

Sara: This month I am introducing Jeremy to one of my favorite events in Detroit: Marche Du Nain Rouge. In a nutshell, it is an event to cleanse the Nain Rouge (a harbinger of doom) out of the city via a giant parade filled with extravagant costumes and dance along Detroit's Cass Corridor.

As Jeremy mentioned, we decided on the next B. Horror Movie Night and it is *drum roll* I Know Who Killed Me starring the one-and-only Lindsey Lohan. We will be watching it Friday, March 9th at 9:30 pm, and don't forget to join in the live-tweet! Tweet at us @FoxyCatCoven and/or use the hashtag #BHorrorMovieNight at we will post our favorite tweets of the evening on our review post of the film. It is available to rent on Amazon, as well as YouTube, so follow along!

Another addition we are making to the coven this month, are themes! With the release of The Shape of Water on DVD/Blu-ray set for March 13th, as well as Pacific Rim: Uprising hitting theaters March 22nd, we decided that this month is officially: Guillmero Del Toro month! I am so unbelievably stoked to watch some of my favorite films by my favorite director, as well as a few that I haven't had the pleasure of watching. We will be sure to share what we are watching via social media, as well as a special post at the end of the month to celebrate all things Del Toro. 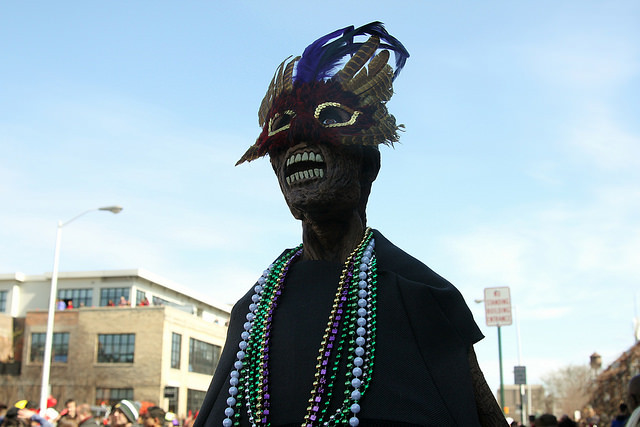 Sara: In addition to everything we have in store for you creeps, we are also hitting up some cool events in Michigan this month. First up is The Bath City Roller Girls Devil Duckies vs Battle Creek Cereal Killers bout on Saturday, March 10th, because who doesn't like seeing a bunch of bad-ass derby girls beat the crap out of each other (hint: it's awesome). We are also hitting up the Corktown Paddy's Parade Party in Detroit for some festive, day-drinking shenanigans, as well as seeing our buds Stone Clover at the Soaring Eagle Casino for St. Patrick's Day. You can follow along by checking out our stories on Instagram @FoxyCatCoven, and don't forget to like us on Facebook 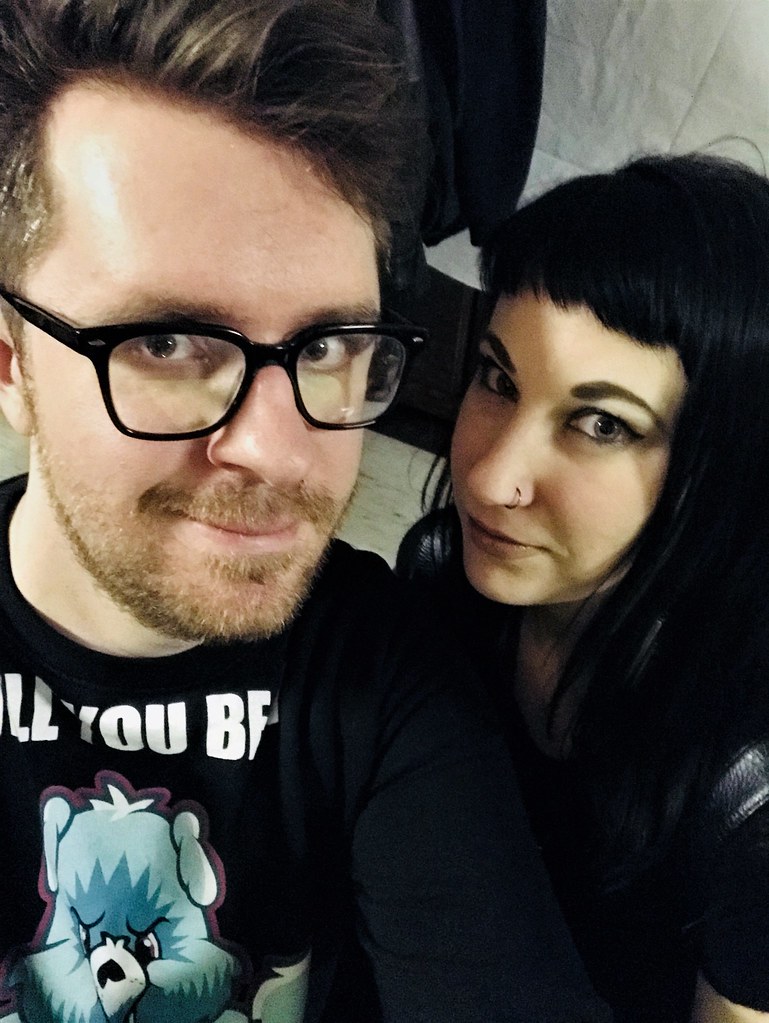