B Horror Movie Night: I Know Who Killed Me 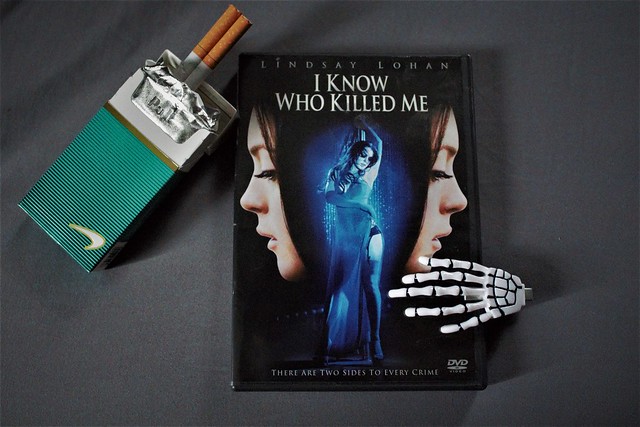 *Warning: This review contains spoilers from the 2007 film: I Know Who Killed Me

Sara: It's rare when I have seen a horror movie that Jeremy hasn't, and of course it is never a popular one, it has to be the bottom-of-the-barrel, low-grade quality cinematography that no one has ever heard of. Even when it stars Lindsey Lohan in that magical year of 2007 when seemingly every white, female celebrity started to loose their shit-nope, never heard of it. So when we decided to start our B Horror Movie live-tweets I already knew that this movie was going to be my first choice. There is just something about the mix of grittiness and absolute shit plot-line combined with the obvious attempt to save Lindsey Lohan's dwindling career that makes this movie strangely addictive.

Jeremy: Up until several months ago I had seen one Lohan movie, Mean Girls, possibly the only good one she's ever been in? I don't know, but what I do know is that I Know Who Killed Me, all jokes aside, is hilariously bad; teetering on the point of unwatchable at times. In the vein of The Parent Trap, IKWKM is another film that uses the twins idea as the central point in a mystery to discover, what else, but who killed me...er, her. To illustrate this duality, the film crams as many red and blue color schemes into each frame, representing the two Lohans, and the deadly link they share. As a horror film, a thriller, or whatever the hell it's trying to be, it attempts to combine characteristics of many different genres, failing to deliver on all counts at every turn. It's through these failings, however, that the so-bad-it's-good charm spreads its wings.

"Are those flower petals supposed to symbolize something or did they see it in another movie and think it was cool?''-Chris59150309

Sara: I think this movie's biggest fault is the lack of plot, so to make up for it, they added anything and everything deemed "cool" to make up for it-and they hammer each concept to absolute death. There are twins and we are going to let the audience know the difference between the two via various shades of red and blue depicted in each scene to the point of redundancy? Done. One twin comes from a bad background, so it needs to be reiterated, every thirty seconds that she is trashy? Done. Just in case anyone might have dozed off for a minute and needed reminding that the one twin isn't the other twin? We will have her exclaim: "I am not Aubrey!" two-thirds of the way through each scene.

Another major problem this movie faces is despite the fact that there are some quality actors cast in this film, the dialogue is completely terrible. Very dramatic scenes with flat-one liners don't exactly pair well, so to add filler there are plenty of flash-backs of trashy twin dancing around a stripper pole with her infected finger bleeding all over the place. However, where the movie is pretty bad, at least it is committed to being bad. Even the comic-relief is so beautifully cringe-worthy it hurts; trashy twin boning good twin's boyfriend while mom is downstairs, attempting to clean anything in the house to drown out the sounds of teenagers humping right above her head = priceless. The dad telling trashy twin to "shut the hell up" because everyone, including the viewers all have had enough of her shit? Pure gold.

Jeremy: I was honestly really intrigued going into this movie for the first time, drawn in by shades of David Lynch inspired themes. But ultimately, while we both may have left disappointed in what was initially promised, the comedic value offered by IKWKM is enough to bring me back again and again, very likely with many beers consumed beforehand. That, and the film moves along at a considerably fast pace, meaning that, even if the little details tend to be a tad bullshit, you're at least not going to be suffering too long before the next scene. I wouldn't consider this film to be heavy on the gore, so if you want to get a group of friends together who might not be super invested in the horror genre, Lindsey Lohan's finest outing hardly offers anything conventionally horrifying outside of, you know, me having to sit through the film relatively sober.

"OMG. I KNOW WHO KILLED ME." - OurDarkLordPan 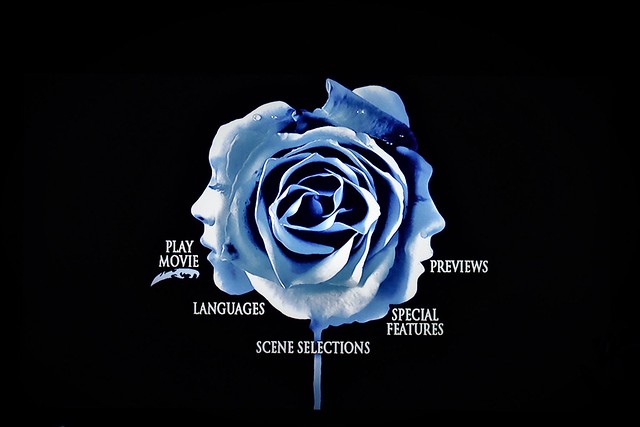