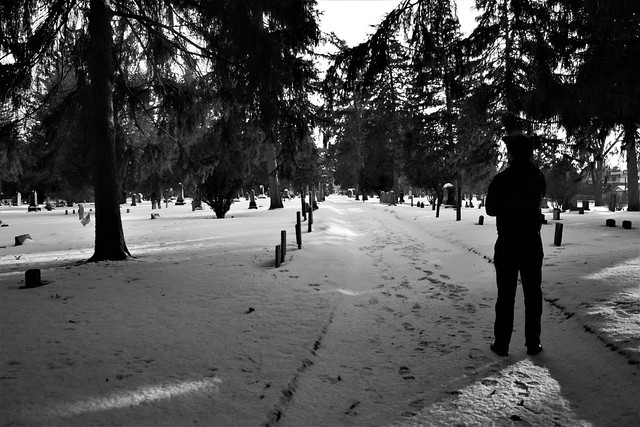 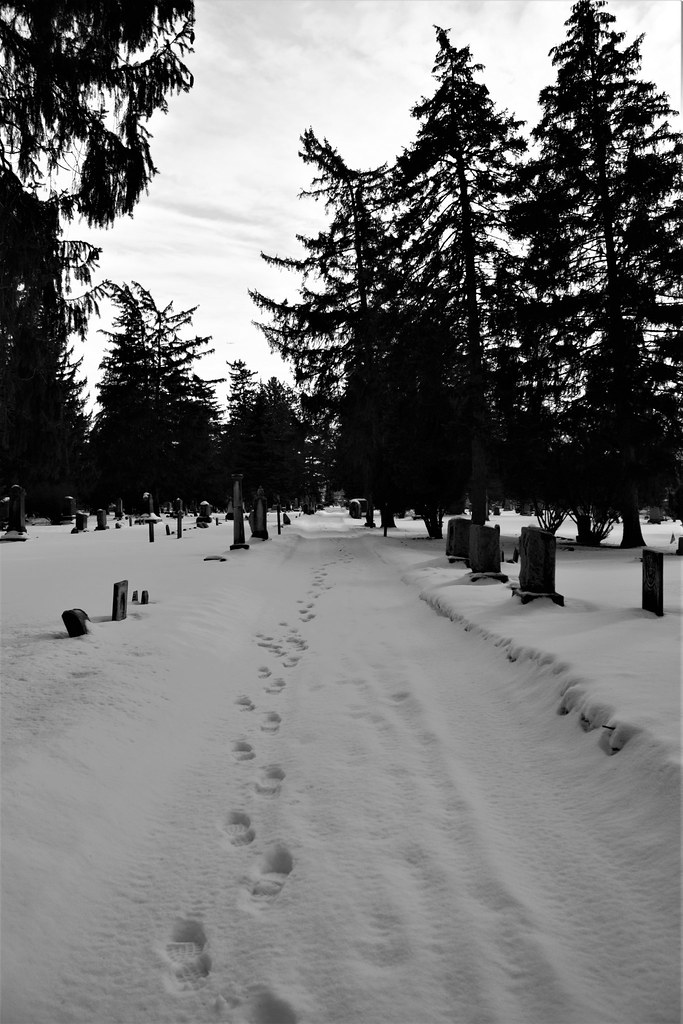 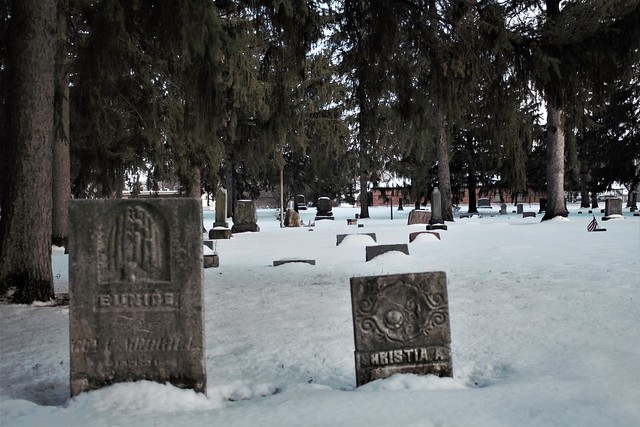 "Sorry, but I'm an old-fashioned gal, I was raised to believe that the men dig up the corpses and the women have the babies." - Buffy Summers

Sara: I have always been drawn to cemeteries. My earliest memory of them being my mother telling my younger siblings and myself to hold our breath as we drove past them so that the ghosts couldn't get inside us. Later on in junior high school I remember the exhilaration I felt when I discovered a cemetery nestled behind one of the parks near my friend's house, which of course led to us fancying ourselves Vampire Slayers. a la Buffy, and daydreaming about stalking around in leather jackets at dusk.

This particular cemetery sticks out at me at a time of my life that is mostly a blur now. Back in the years just after high school, I found myself living in Royal Oak without a reliable automobile and therefore an advent pedestrian. Unable to hangout at bars due to being underage (which is over half of the Royal Oak downtown area), and not much of expendable income to peruse the shops, my comrades and I would walk the mile and half up to National Coney Island to consume cheap, greasy eats. Just before the entrance to the parking lot of the establishment is a small, triangular shape of land that holds a tiny cemetery. Of course we walked through it en route to our destination, and we often found ourselves dawdling, looking at the old graves. I began to associate this particular cemetery with a calming sensation, and would even walk through it alone at times, enjoying the quiet despite it being wedged between two busy roads. This of course lead me to bring Jeremy here for a visit on Easter, and naturally our first cemetery to document for the coven.

Jeremy: Simply by driving by Ferndale and Royal Oak's many beautiful cemeteries, ones that seem to often go under the radar of passing drivers, i've come to realize that I never truly appreciated their, albeit morbid, charm back home. There was a time I was heavily invested in what I thought of as paranormal investigation, but what really amounted to several college jerk offs sneaking around in the dark. But through these many expeditions we, of course, were drawn many times to cemeteries all across the state of Oregon. We were there for proof of the unknown, or to at least to get scared shitless. We didn't care about the beautifully crafted headstones or mausoleums, the atmosphere, and for that matter the cemetery itself, we were all about the spooks. And really, time hasn't changed that, but what it has done for me is bring about an appreciation for a cemetery's serene nature, the ultimate expression of tribute to the dead. The photos you see here are from my second visit with Sara to the Royal Oak Cemetery, the first graveyard i've set foot in since arriving here. Sara described it perfectly, that calming sensation is prevalent throughout, despite its bustling surroundings. Now armed with an appreciation for this slice of grim adventure, we were eager to learn of the history of this place.

In 1826 Daniel Burrows donated the plot of land that would be used as two cemeteries, Royal Oak Cemetery and St. Mary's Cemetery. In 1857 it was officially taken over by Royal Oak Township, and in 1874 two acres were sold to the Catholic Society of St. Mary's Parish. Royal Oak Cemetery contains the remains of US Veterans of all US wars from the American Revolution through the Vietnam War as well as pioneers and prominent citizens. The cemetery has been owned and maintained by the city of Royal Oak since 1921.

While we didn't find any online evidence of supernatural occurrences here, we did run across a story from several years ago detailing the discovery of the remains of two deer shot with arrows, their bodies located near the main entrance. Drunk and disorderly townsfolk or, perhaps, revenge enacted from the grave? Who can tell. 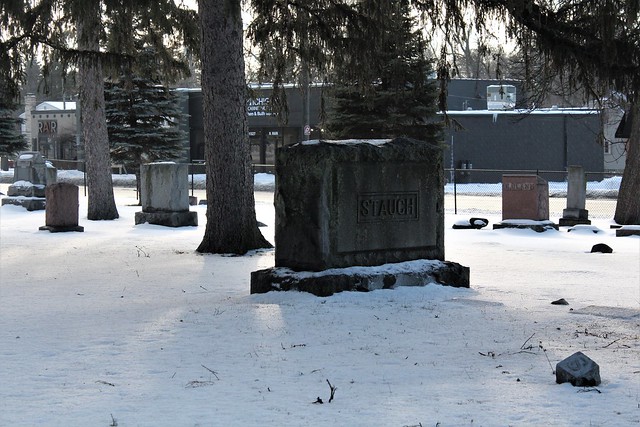 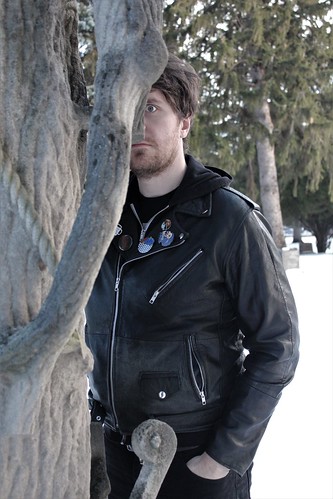 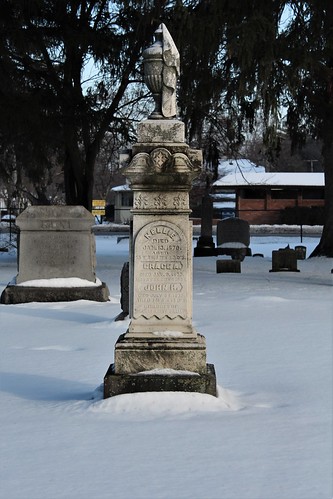 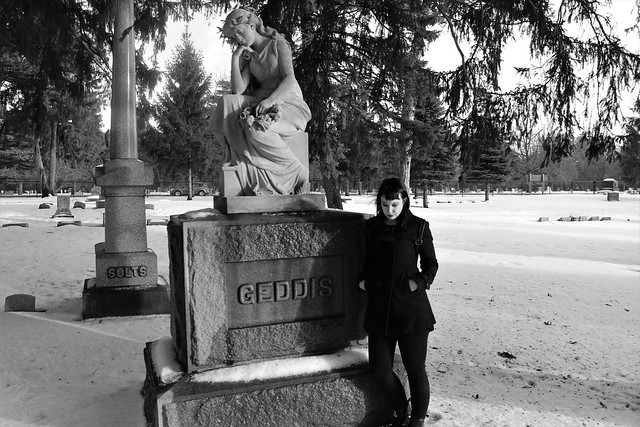 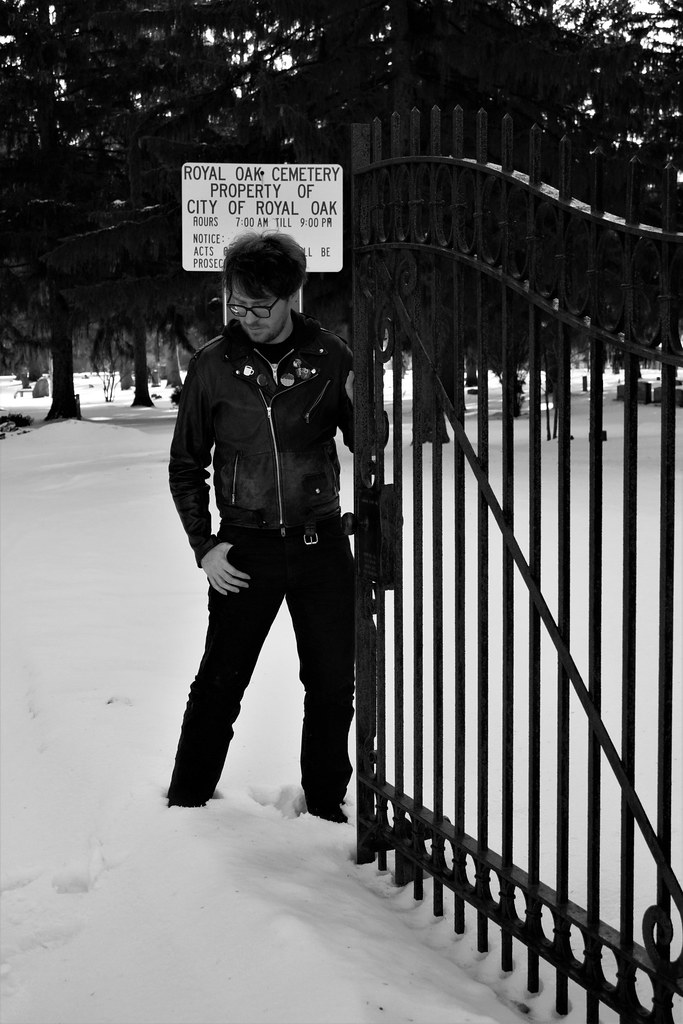 Sara: When we were deciding on how exactly to go about these blog posts, we definitely wanted to incorporate photo-shoots to capture the essence of each, individual, unique cemetery. I had bought a tripod two years ago, however, I hadn't even unwrapped it before this shoot. I wanted to set it up to take some shots of the two of us, but despite many attempts with frozen fingertips to set it up, my camera just would not screw on correctly. I did however encourage Jeremy to try his hand at some shots and I think he did rather well for never having used a DSLR before.

Jeremy: This ended up being one of the first times I had the opportunity to be more hands on in setting up a shoot. Like Sara mentioned, we had some difficulty with the first time use of the tripod, but overall I was happy with the way everything turned out. I loved the snowy daytime setting. It may not be quite as ominous as if we were to be shot at night, but that clarity really brought out what I was personally looking for; personifying the beauty of the graveyard. In the future, as we continue to branch out and experiment with what we can do with both photography and cemeteries, I hope to continue to find locations with deep and exciting histories, sinister or otherwise. And damnit, I could use some more spooks in my life. 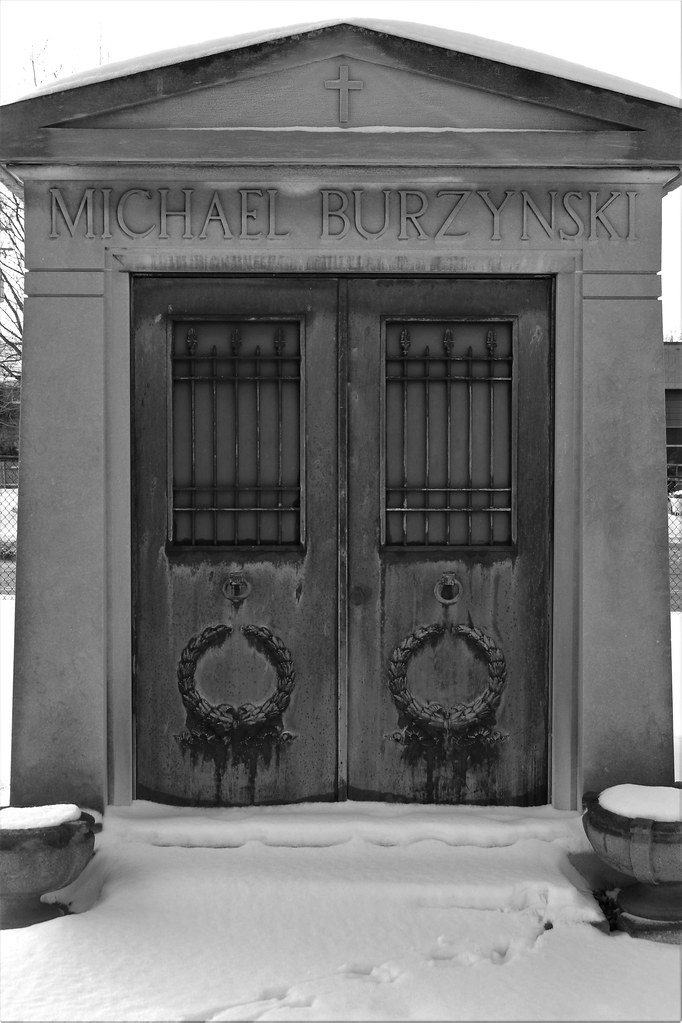 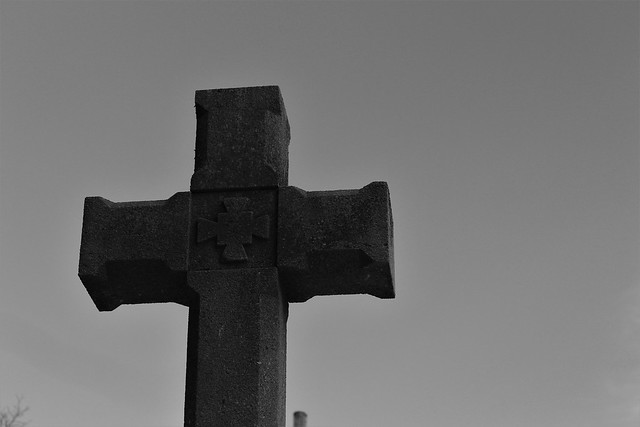 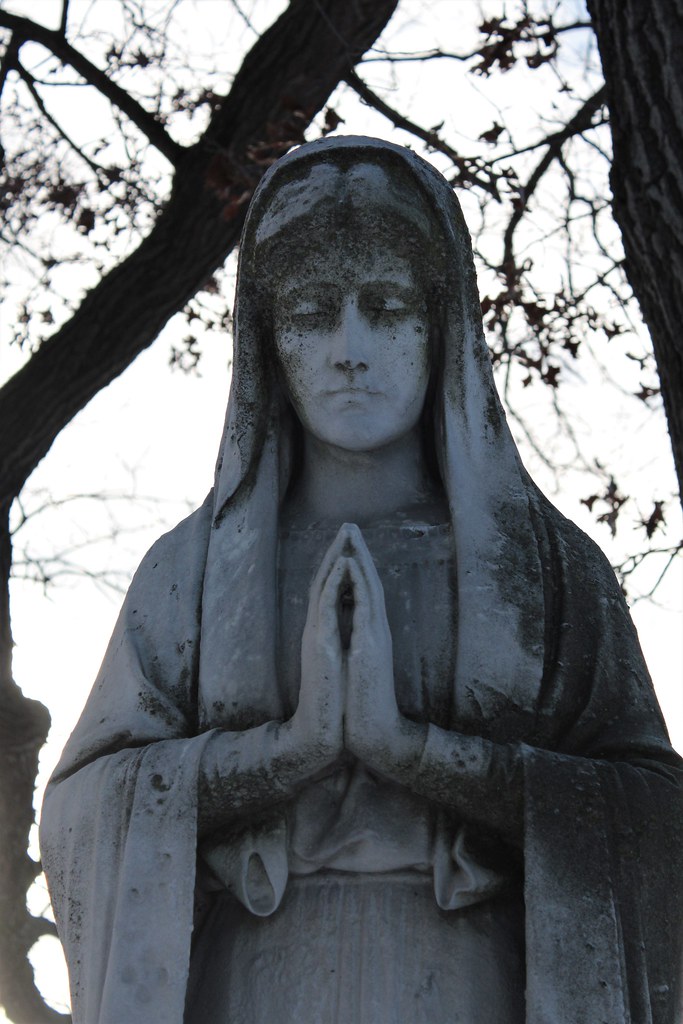