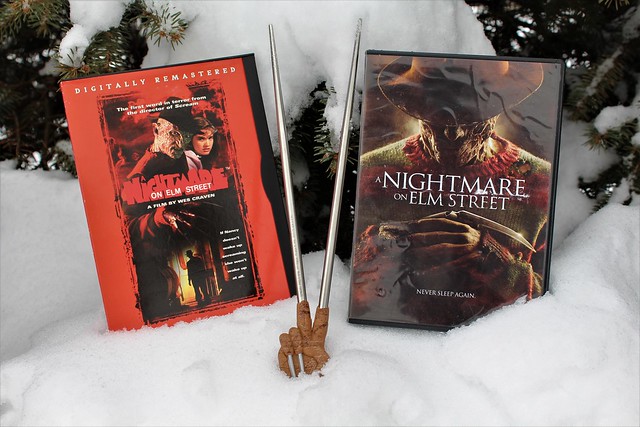 *The following blog post contains spoilers for both the original (1984) and remake (2010) of A Nightmare on Elm Street.

Jeremy: Within the holy trinity of the Father (Halloween), the Son (Friday the 13th), and the Holy Ghost (A Nightmare on Elm Street), that wisecracking ghost has really gotten the shaft from me over the years. Late into my teens I was already familiar enough with nearly every entry from Crystal Lake and Haddonfield's finest, with the original 1984 Nightmare being the only film I had seen thus far. My brother owned the complete Nightmare on Elm Street series, keeping in mind to inform me on any occasion he could that my competing Friday the 13th collection was a great load of summer camp fried bullshit. And for that sentiment, it took me a bit to give Freddy's complete collection of misadventures a whirl. Long story short, about half were great, and half can go the way of old Krueger. Still, I loved the original, even if it has dated quite a bit over 30 years after the fact, it's still quite scary, effectively building suspense and horror around the clever idea of someone trying to kill you in your dreams. 10/10 would recommend. Now at the time of my delving into this series, the remake was still a year or two away from release. I clearly remember expressing next to no excitement for a new nightmare that would not only remake a beloved classic (something I thought was done to nearly awful results with Rob Zombie's Halloween), but would be the first film to not feature veteran Freddy Krueger actor, Robert Englund. And, although my hopes felt somewhat redeemed that this would be a Platinum Dunes/New Line Cinema production, me loving their work on the 2003 Texas Chainsaw Massacre remake and recent 2009 Friday the 13th remake, I never actually went to see Nightmare 2010 in theaters. No, it wasn't until several years later after having heard all the horrid reviews that came out that I picked up the DVD in a Walmart bargain bin. And let me tell you, that's where the nightmares really fucking began.


Sara: Being one who had not up until recently actually watched the original A Nightmare on Elm Street in full, nor seen the remake, I felt that I had a great opportunity to go in viewing both of these films on a clean slate. The original was always on in the background at a friend’s house, or airing all week during Halloween specials in October growing up, so I had seen good chunks of it in my adolescence. However, the infamous “One-two, Freddy’s comin’ for you” chant reeks with nostalgia. Seeing the 1984 kills as an adult isn’t as scary to me as they were say, to my parents when the film hit theaters, however, one can still give an appreciative nod, and lots of grimaces and giggles to watching teenagers get swallowed by mattresses, and scrapped across the ceilings of their bedrooms as their peers stare in horror. There is an originality there that makes it so slasher movies of my generation have to reach a bit further to accomplish a similar reaction.

This is where the 2010 remake failed. Of course, it being a remake, there was going to be a serious lack of originality, but when creating a remake, there are some decent opportunities to show another aspect of the story, or change the focus on a certain character, or even fill in some backstory that might have been lacking. The remake did none of those things. They had a chunky recipe for a solid movie with casting Rooney Mara as the lead, some fresh-faced supporting actors to support her, a heavier, serious tone in general, as well as some beautifully gloomy scenes peppered in to capture the dark atmosphere this film was obviously going for. The execution fell flat with (as Jeremy called him) “frog-faced Freddy”, who wasn’t nearly as creepy as his 1984 counterpart. The juxtaposition of Freddy’s infamous one-liners clashed with the heavy, serious tone of the 2010 script, resulting in a pretty lame, unamusing villain. If that isn’t enough to choke down, its plot to have Freddy seemingly innocent for his child-molesting actions for a brief twist is completely unconvincing, leaving the rest of the story line tastelessly predictable.


Seriously tho, the Freddy Funko pop had better aesthetic than the remake version. 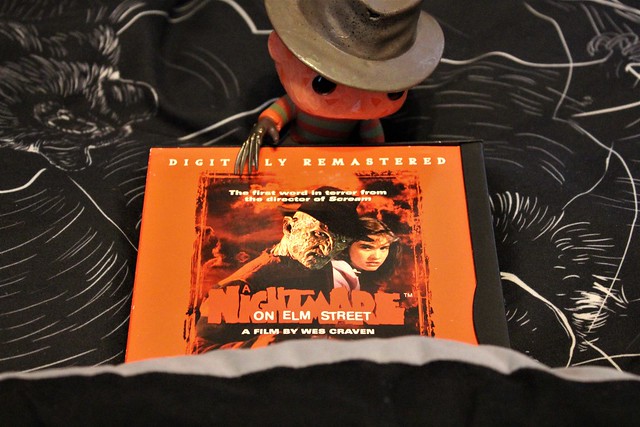 Jeremy: If that intro wasn't enough to convince you of my opinion on the A Nightmare on Elm Street remake, then let's dig right into it. What you have here is the same basic story: Creepy fucker was burned alive by a group of parents whose children are now haunted, stalked, and killed by that very same creep. Except you know, the difference being they went about changing Freddy from a child killer in the original to a child molester for the remake. I get they were trying to go for something that could be potentially more horrifying to audiences, but when your execution ends up being awkward and misplaced when trying to explain this, why even bother? Add onto that, why would he be trying to kill the kids in the first place? Wouldn't he go about the actions he chose to take while still living? And I know the original doesn't explain this either, but why not get revenge on the parents who killed him if he was going to kill anyone? Ah, screw it. Anyway, Freddy is played here by Jackie Earle Haley who I actually expected to at least turn in a creepy performance. But he just ends up sounding like Christian Bale's Batman, delivering neither funny or scary one-liners and looking like Mr. Toad fell into a volcano. Yes, 1984 Freddy, and every other subsequent version of him did the same thing, but Englund was always perfect at conveying the mood the scene called for, whether it be frightening with, "I'm gonna split you in two" or  comedic with, "Welcome to prime time, bitch". 2010 Freddy is all serious, which is fine when you have a film that is terrifying and, in the case of a Nightmare movie, imaginative with its dreams, something this film is far from delivering on.

While 1984 Nightmare had yet to completely realize some of the later sequels amazing dream worlds, it was masterful in creating nightmares that made you feel uneasy, like you never knew what was going to happen next, all combined with imagery that was immediately classic and horrifying. What you get with the remake is tons of poorly executed boiler room scenarios with some flashbacks and callbacks to the original, those callbacks only being memorable because you've seen it all before, and it was all better the first time. Literally the best scene in this film occurs when Nancy, the only character that shares a name with any of the original characters (apart from Freddy), runs into her dead friend Chris in a body bag in the school hallway. It's effective, and yes, it's a sudden cheap jump scare in a movie that's already far too filled to the brim with them, but it works because it overts expectations for a scene that not only originally happened at a completely different moment, but has just as frightening imagery. But, this scene was still a ripoff, so knowing that you'd expect at least the other scenes in the film that are pulled from the original to be just as effective, right? Well, nah, because they are all watered down and sped through in order to focus more on terrible acting and pointless backstory. Kudos to some scenes though for being unintentionally hilarious such as Chris' death scene, the strange case of "so who the fuck uploaded the video of that dude who killed himself in that same video", and Rooney Mara, who I think of as a super talented actress, proudly stating "You're in my world now, bitch" before dealing Freddy the death blow in a moment a little too reminiscent of Freddy vs. Jason's finale. Nightmare 2010 would be the final film released under the Elm Street name, at least as of 2018, and rightfully so its firmly planted itself as the worst in the series for me (as in worse than Freddys Dead and The Dream Child). I recommend it only for completionists of the franchise, otherwise it's completely lacking of redeeming qualities. There was actually a time I used this film to help me fall asleep, which i'm pretty sure defeats the purpose of what they were going for. 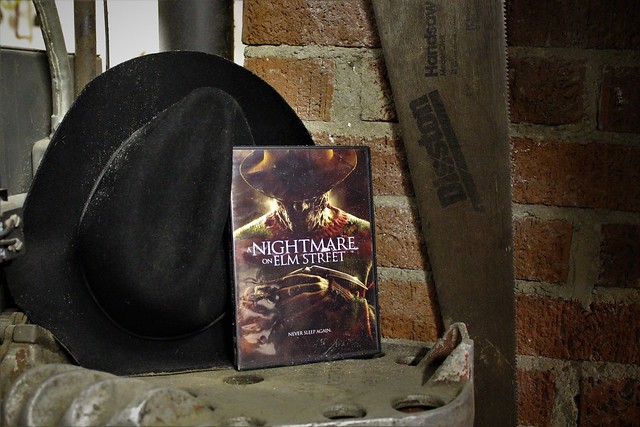 Sara: As much as we have clearly enjoyed ripping the remake's ass a new one, it's failure is a simple case of trying too hard. Who's really to blame here though? When you have such an iconic character who somehow manages to snark and maim his way through eight films prior to this one, of course a reboot is in order because horror fans simply can't get enough. Even if it's terrible.

"Every town has an Elm Street." -Freddy Krueger